Friday Fiction: It's For You

Happy Friday the 13th! In honor of the date, Today's Friday Fiction is a repeat of a spooky story (well, kinda spooky. may eerie would be a better word).

Oscar heard the payphone ringing as soon as he got out of his car. Huh. I didn’t even realize that antique still worked. Never seen anyone using it. It was still ringing as he strolled past it, and he snatched up the receiver on impulse. The dead silence that met his “Hello” was devoid of any normal background hums or clicks, and he was about to hang up when he heard, “Oscar.”

Oscar nearly dropped the phone. The voice had an eerie quality, reminiscent of 2001’s Hal.

“The last time was Mother’s Day. She’d really appreciate a call from her son.”

The voice was gone, replaced by the incessant drone of a dial tone. Oscar furtively glanced left and right, then hung up. That was weird. I should call mom, though. I’ll do it this afternoon. Yeah, this afternoon will be better. I’ll have more time then. After a troubled look at the payphone and another scan of the wind-swept parking lot, Oscar hurried on.

“Dave, was it necessary to speak to Mrs. Jamison in that manner last night?”

“Excuse me?” Dave actually took the receiver from the side of his head and looked at it before putting it back to his ear.

“Look, I don’t know who this is, or where you got your information, but I said nothing out of place to that … woman.” Dave was tempted to hang up, but his curiosity wouldn’t let him. There was something about the voice on the other end. It didn’t sound quite…human.

“Maybe not, Dave, but the way you said it was less than kind. She only wanted a ride this morning. Is that the type of ministry the church can expect if you become a deacon?”

He didn’t know what to say. Thanks to his wife, it was no secret he coveted the position, but no one could have overheard his conversation with that batty old woman last night.

“Dave? You still have time to go pick her up. Why don’t you call her – I’ll even dial for you.”

Immediately a dial tone hummed in Dave’s ear, followed by the digital beeps of a number being dialed.

Dave slammed the payphone receiver back into its cradle when the connection was made and a phone started ringing on the other end. He stormed off muttering. “Must be someone’s idea of a sick joke. Don’t know why I answered that thing anyway. Someone probably took my seat while I was out here wasting my time.”

Gloria was running late. Nothing had gone right this morning, and now to top it off she had to park at the far end of the lot. I really wish I’d worn flats instead of heels. Oh, well, at least I’ll look good as I walk all the way to the front pew. Of course, my luck today I’ll fall. She about jumped out of her skin when the payphone shrilled just as she approached it. Years of working as a receptionist left her unable to let it ring, so she answered it out of habit.

She wheeled around to check behind her before realizing it was the phone. “Um. Yes?”

“Why did you lie to your boss yesterday?” The calm, clear voice was kind even as it rebuked.

“I didn’t! I would never!” Gloria sputtered protests.

“And now here you are lying to me. Tsk. You weren’t really sick yesterday.”

Gloria was stunned. How could anyone know she only wanted to read her new book instead of working on her Saturday off?

Reverend Nielson watched from the church steps as his flock fled the morning worship service. It seemed more than a few were going out of their way to avoid the old payphone at the edge of the parking lot. That’s strange; I watched those same people using that phone before church. Now they won’t even look at it. When the crowd had cleared, he made his way over to check out the object of his curiosity. Lifting the receiver, he noted that it was indeed dead. He replaced the receiver in the cradle, and as he tapped his temple with his fingertip, he noticed a piece of paper on the ground. He picked it up, and on the reverse side, he read, “In Need of Correction.”.

Strange. Usually they say “Out of Order”.

The sudden shrill ring of the phone started the reverend's heart pumping. With a shaking hand, he reached for the receiver. 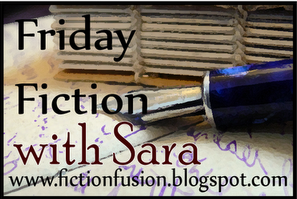 Rick "Hoomi" Higginson is hosting Fiction Friday today at his blog "Pod Tales and Ponderings". He's sharing a chapter from one of his "Pod" novels today. Click on over! Find the linky tool at the bottom of his post to read more fiction or add your own link.

Assurance: He's Got You Covered 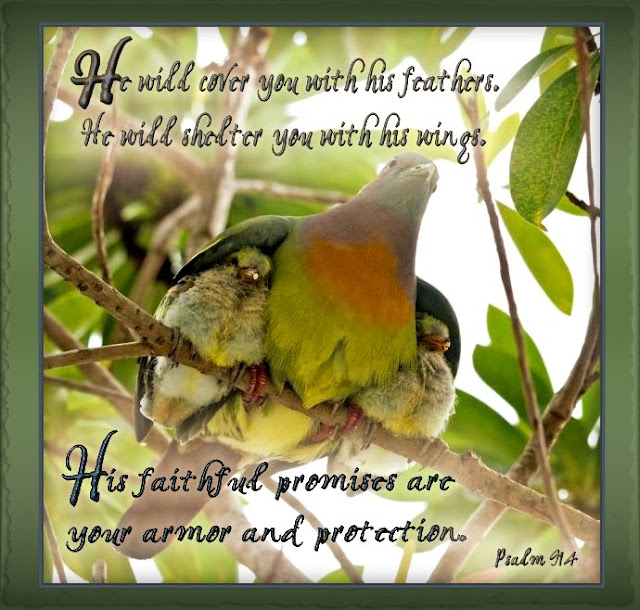 Live with assurance of His covering.
Go forth under the armor of His promises.
God is faithful and true.

a2z: Take 2 -- An open blog prompt. One letter a week, anything goes! Hosted by the adorable and multi-talented Patty Wysong at Patterings. 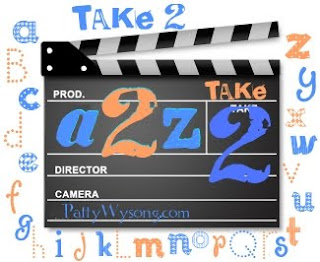 And the long-running and always inspiring Word-Filled Wednesday, whose home is at the Internet Cafe.


Catrina Bradley
"God rewrote the text of my life when I opened the book of my heart to his eyes." Psalm 18:24 (Msg)


Posted by Catrina Bradley at 9:25 PM 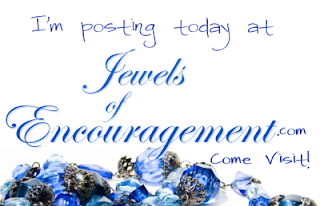 “He who restrains his words has knowledge,
And he who has a cool spirit is a man of understanding.”
Proverbs 17:27 NASB

Ponder that, and join me today at Jewels of Encouragement.


Catrina Bradley
"God rewrote the text of my life when I opened the book of my heart to his eyes." Psalm 18:24 (Msg)
Posted by Catrina Bradley at 9:06 AM

Hello, my friends, old and new! I wish you greetings and blessings befitting the promises of the New Year ahead! I’m welcoming the new year with a blog make over, thanks to Mari LaVell and Free2Be blog designs.

A little about me, for those just tuning in.

By day, I’m a humble church secretary, Sunday School teacher, wife, and dog-mommy, striving to serve God with the gifts He’s given m

By night, I’m an undercover writer and aspiring graphic designer, striving to serve God with the gifts He’s given me.

The central theme of my life?

Striving to serve God. With the gift’s He’s given me.

One of the gifts I’ve found in my tool belt is writing. Although sometimes I wonder...Is anyone even reading what I write… and do they even care? And God faithfully reminds me--that’s not my concern.

I was praying over a seriously worrisome situation recently, and instead of telling me how to solve the problem and make everything better, God answered, “That’s not your job.”

Wait. What? I LOATHE that phrase/excuse. “Not my job.” Pshaw.

I heard it again: “That’s not your job. Worrying. Solving. Making it better. That’s MY job, and I’ll thank you kindly to let me take care of it. YOUR job, dear one: Feed yourself and feed others.”

God’s answer was extremely apropos for the moment. (But then, when is it not?) My worries were interfering with my attempts to study Sunday’s lesson for my 5th graders. When I accepted that He had a good point and breathed, “Ok, You’re right, God. That ISN’T my job, it’s yours,” I felt peace. Not closure, but assurance that closure would come…and it was not my job to bring it about. And I was more able to focus on what God wanted me to do—feed myself and feed others.
The order of those two commands wasn’t lost on me.

I love Jesus’ parables in Mark about the farmer sowing seeds. I’m a farmer’s daughter, so these stories are very visual for me. I know from experience that if you tiny scatter seeds on a windy day, you stand to lose control of where they are planted.

Some seeds are blown to the rocky ground outside the fence line and settle into the weedy loam.

Some are carried away on an updraft and land on the hard-packed, untilled threshold of the garden.

Some land in the fertile soil that has been prepared and purposed for planting.

But you know what? Deciding where those seeds land isn’t my job either. My job is to “feed myself and feed others”—to be Jesus’ parabolic “farmer” and scatter them. God’s job is to direct the wind and sow those seeds where He wills.

So let the wind blow.

“I planted the seed, Apollos watered it, but God made it grow.” 1 Corinthians 3:6

Many many thanks to Marita Thelander (Mari LaVell) for her patience and blog-designing skills.


Catrina Bradley
"God rewrote the text of my life when I opened the book of my heart to his eyes." Psalm 18:24 (Msg)
Posted by Catrina Bradley at 8:00 AM